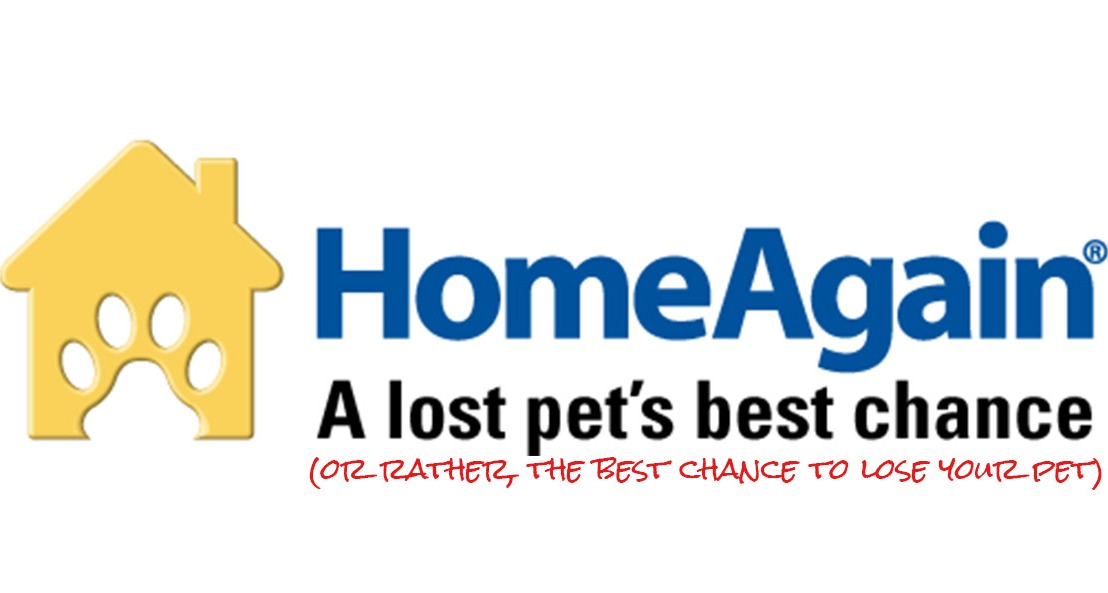 I’m not entirely sure why I’m writing this post. The events in it are said and done, the results history, regardless of the outcome. I don’t expect this to get an apology, letter, refund, or anything else, but I do hope it informs some people – maybe shed some light on a situation I hope they never have to deal with, or give them some inspiration to prepare themselves should this happen to them.

This, ladies and gentlemen of the Internet, is the true story how HomeAgain, the service that’s “A lost pet’s best chance”, caused me to lose my pet – almost for good.

If you’re a friend of mine then you’ve almost certainly heard me talk about Lily – a now five-year-old cat I adopted when she was about only a month old. For those of you that haven’t heard, here’s the little fuzzball:

Lily is a Norwegian Forest Cat – apparently a rare breed, often selling as kittens from $400 to $800. That’s not how I got her, though – it was a trip to the Boone County Animal Shelter in June of 2012 that first brought the soft, fluffy little girl into my life. Extremely skittish but already lovable, Tigerlily Fur Huggable Bear Pad Fix Santoro (I kept changing her nicknames and there was a bunch of extra input, okay?!) and I bonded almost right away.

Everything sounds great, right? There’s just one little catch – my girlfriend at the time was staying at my apartment and went with me when I got Lily. This plays an important part.

A couple months after owning her, Lily was declawed and spayed, because she had the sharpest little claws you could imagine and also I didn’t want her to have kittens. During this time, the veterinarian implanted a HomeAgain microchip. This is a cool little device – when an animal is brought into a pound or shelter, it’s scanned and the microchip’s serial number is displayed, along with a pet profile. This means if your pet gets away or gets taken, you can prove the animal is yours – the vet or pound would call you and say they have your pet, which would then be held until you arrived.

Since I was working at the time, I couldn’t drop off or pick up Lily at the vet. This means I was unaware of what information was added to the pet profile – I had the serial number and the billing information, though, and I ensured that my number was the contact number, so all seemed clear.

About a year and a half later, another cat came waltzing into my life – this one’s name is Oreo. Creative, I know, but he’s a cool guy and he’s got some great taste:

I got him fixed (a terrible fate), declawed, and chipped as well. It was when I was signing him up with his chip ID number that the operator mentioned he had found another pet at my address, but it wasn’t associated with an online ID. He asked if I wanted to put the cats in the same account under my email address – of course I did, and so it was done. For almost three years, the cats were paid for and managed under my own personal HomeAgain.com account, where my name and address were the residence and my email was the email on file.

Just to reiterate: everything in the HomeAgain account had me listed as the primary owner of both animals. While my girlfriend’s number was listed as a secondary contact, it was only in that context.

I’ll leave the personal details out of this, because it isn’t particularly relevant. Instead, I’ll give you a step-by-step walkthrough of the days leading up to and the first few days in May, 2017.

Thursday, April 27: I leave to go out of town on a business trip, putting both pets in the care of She-Who-Must-Not-Be-Named. We’ll just call this person my ex from here on out.

Monday, May 1: I get back from my trip to find a much emptier place than when I left. While I noticed it was a (little) cleaned up, a few things of my ex’s were gone, and it took me a terrifying minute to realize that Lily was gone as well. I find a note saying that she had taken the cat.

Monday, May 2 (early AM): After spending most of the evening trying to get ahold of my ex to bring Lily back (with everything going straight to voicemail), that morning I logged into HomeAgain, call their support number, and marked Lily as “Lost” with a note that it was actually stolen, along with a description. I verified that my contact information was correct and switched the secondary contact to my mother’s number in case I couldn’t get to the phone.

Days go by, and I spend time trying to get my ex to return the animal, but I have no luck – my attempts at contact go unanswered. I file for mediation so I can try to recover Lily peacefully, and have to wait a grueling three weeks for the hearing.

Tuesday, May 23: The mediation hearing takes place, and I present my evidence: veterinary records, a letter from the vet indicating the cat’s residence, a note from the property owner that the cat resided at my house, and what I believed to be the final nail – the printed out HomeAgain pages that showed I was the owner and primary contact.

To my surprise, however, my ex claimed that I was no longer listed as the owner. She claimed that she had called HomeAgain and changed ownership. My jaw nearly drops – there’s no way this is true, but I couldn’t refute it, and instead moved on to present the rest of my color-coordinated case.

The mediation ends since there’s no hope for a resolution, and I quickly try to log in with my phone. Surely she couldn’t have done this – I had clearly told the HomeAgain agent I spoke with on the 2nd that the pet was stolen, added it to the pet’s information, changed the account password, and did everything to be sure that I would retain ownership of the account, and therefore the cat.

I couldn’t log in, and a panicked drive home and phone call later the reality of the situation hit me…

HomeAgain Gave My Cat Away

Sure enough, HomeAgain had switched the ownership of my pet from my name to hers, and removed Lily (actually both cats, but Oreo was corrected) from my account. They said that it was against their company policy to change ownership of the pet without some sort of legal document, so I wouldn’t be able to get my cat back in my account.

When I pointed out that the transfer happened without a legal document, they agreed.

“Yes, that was a mistake,” the senior-level support representative told me, “but it’s against our policy to make transfers without legal documents, so we can’t change it back.”

That’s right, reader – even though they admitted to a mistake, they wouldn’t UNDO the mistake because of their policy. Instead, they suggested I get a paper that would exchange ownership back to me, which I could then send in to have it changed.

Case closed – they up and screwed me.

The End, Some Good News, and The Moral of the Story

That concludes my experience with HomeAgain for the time being. Through other means (and while halfway through writing this post) I actually did manage to get Lily back over a series of days – it took an additional week, meaning it had been about a month total without her all said and done. Don’t worry, though – she’s safe, sound, and cuddled up right back where she used to be before the whole incident.

Even though I did manage to get Lily back (without any assistance from HomeAgain, who STILL has the pet registered in someone else’s name despite my actual paperwork now – still working on it), there’s something very important to walk away with here:

HomeAgain shouldn’t be trusted to prove ownership of a pet, or even help you recover a lost one. Through tall tales, waterworks, convincing, or whatever else, the cat was transferred out of my name and into someone else’s without so much as a notice to me. It was only when I actually needed it – when I checked to log in, that I found the cat had been given away.

I don’t think this experience is particularly common, should the HomeAgain support staff’s representative be correct in that it’s against their policy. Truthfully, I have no way of verifying if it IS common and I certainly hope not. All I can do is tell my side and reinforce the point that you need to have backups of your backups, and to be ready to re-prove ownership of an animal. Be sure to keep checking if your pet goes missing that you’re still registered as the owner – it looks like they can very easily change ownership, and all it could take is a crappy veterinarian’s note or a convincing story before you lose your companion. The state won’t help in recovering stolen pets, so you have to put in extra care… Because HomeAgain certainly won’t.